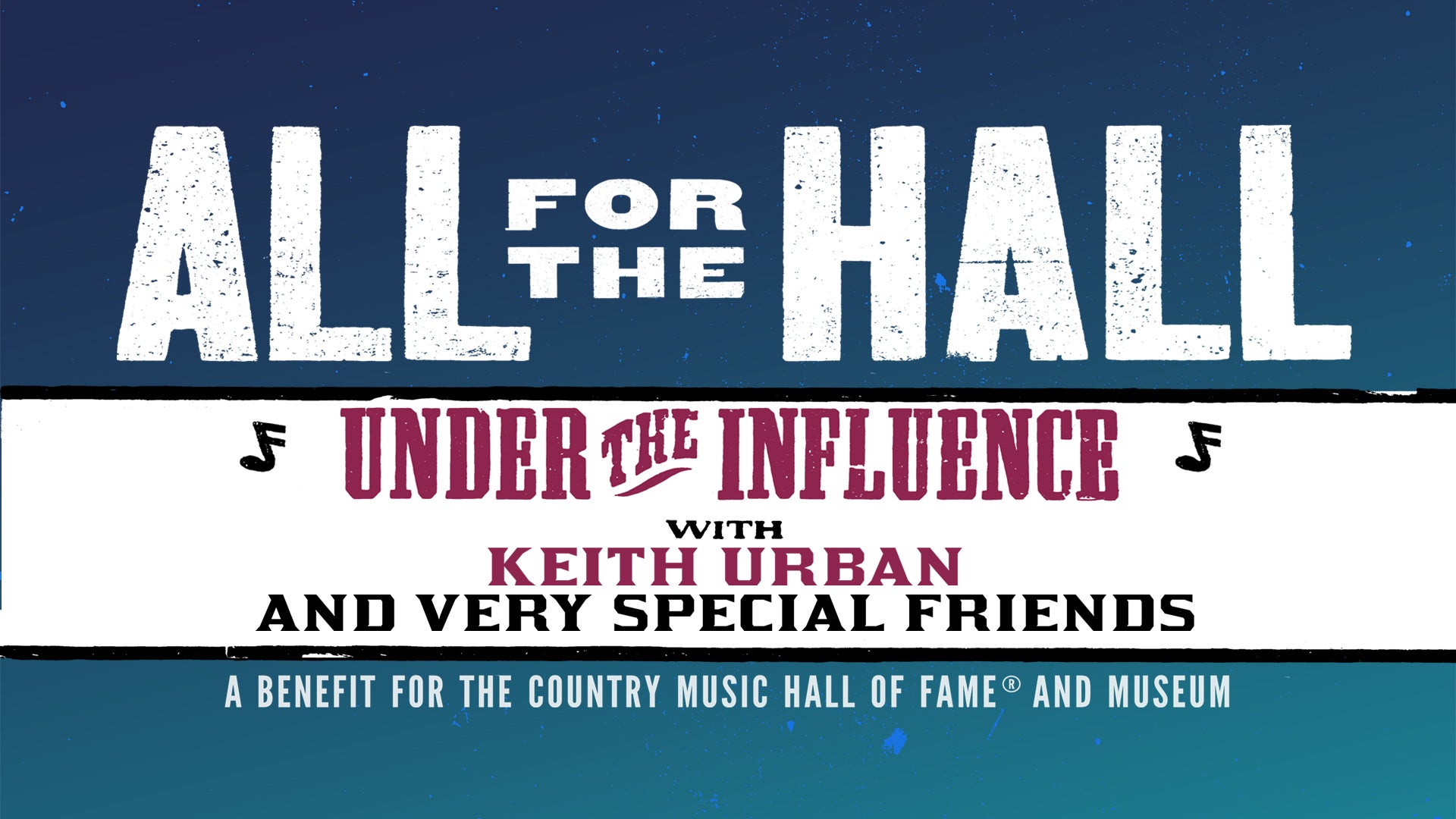 All For The Hall

All For The Hall

Between periods of the Nashville Predators’ nationally televised home opener against the Minnesota Wild, Keith Urban took to the ice to perform and announce that the All for the Hall benefit concert, presented by City National Bank, will return to Nashville’s Bridgestone Arena on Monday, Feb. 10, 2020. Ingrid Andress, Brothers Osborne, Luke Combs, Lauren Daigle, Blake Shelton, Chris Stapleton, Tenille Townes and Tanya Tucker will join Urban for his seventh All For The Hall benefit concert, which to date has raised $3.4 million in support of the

The Country Music Hall of Fame and Museum, through its exhibits and educational programs, shares the ever-evolving country music story, from its folk roots to the present day. Throughout this narrative, the inspiration that artists draw from their musical forbearers is tangible. This exploration of how music inspires and influences later generations of artists led directly to the concert’s theme, All for the Hall: Under the Influence. During the concert, each participating artist will perform a song that was recorded by an artist who strongly influences them, in addition to one of their own hits.

“Ken Burns’ documentary has shown us that we are all very much influenced by our heroes,” said Urban. “So this year’s All for the Hall benefit is our chance to acknowledge those that have been an influence on us and helped shape the artists that we are today. Somehow these shows always seem to take on a life of their own. They’re incredibly fun to do, and you never quite really know what’s gonna happen. So we’ll roll with it and turn Bridgestone (Arena) into one huge club!”

This All for the Hall concert is presented by City National Bank. Ford Motor Company and Mid-South Ford Dealers are the lead sponsors. Contributing sponsors are the Academy of Country Music and the Country Music Association; Urban is both organizations’ reigning Entertainer of the Year.

This All for the Hall show is produced by Live Nation.