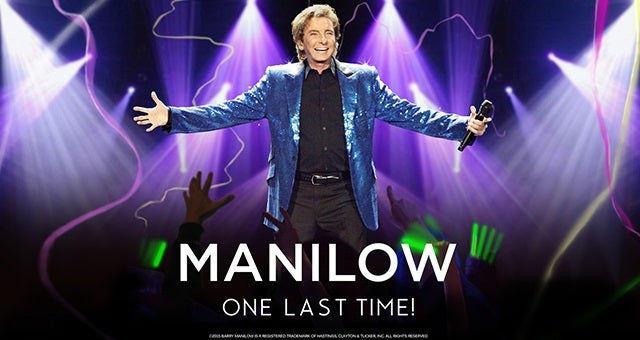 Barry Manilow will be returning to Nashville ONE LAST TIME! on April 28, 2016.  Tickets from the previously scheduled concert on February 12th will be honored Manilow will perform his greatest hits from his legendary catalog.

The music legend is also donating a Yamaha piano to launch a local instrument drive for the W.O. Smith Music School. Anyone who donates a new or gently used musical instrument to the Bridgestone Arena one week prior to show date will receive 2 free tickets (valid for pre-selected seat locations on a first-come, first-served basis) for Manilow’s April 28th concert in Nashville.

With worldwide record sales exceeding 80 million, Barry Manilow is ranked as the top Adult Contemporary chart artist of all time with a staggering 50 top 40 hits. Manilow has produced, arranged, and released over 40 albums over the course of his career.