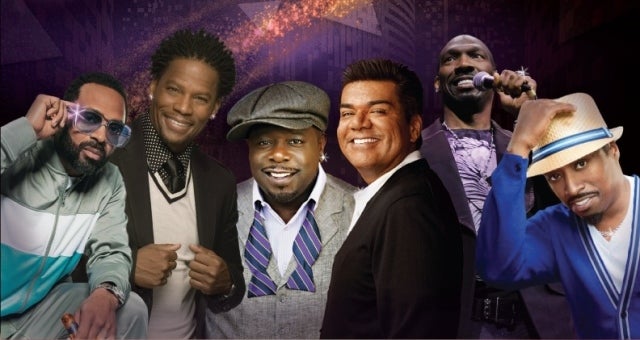 Cedric ‘The Entertainer’, Mike Epps, Eddie Griffin, D.L. Hughley, George Lopez and Charlie Murphy will come together to for one historic night of comedy for ‘The Black and Brown Comedy Get Down’ on Friday, June 19 at 8pm at Bridgestone Arena. Tickets on sale this Friday, February 6 at 12pm local time.

Cedric the Entertainer is an actor and game show host, best known for co-starring along with Harvey on “The Steve Harvey Show” and starring as Eddie in the Barbershop films.

Mike Epps got his big break as ‘Day-Day’ in Next Friday and Friday After Next. Epps has also appeared in Hangover and Welcome Home, Roscoe Jenkins in addition to voicing ‘Boog’ in Open Season 2 and ‘Sonny’ in Dr. Dolittle 2.

Eddie Griffin appeared on the big screen in Deuce Bigalow: Male Gigolo, Scary Movie 3, John Q, and Armageddon to name a few. Griffin performed on Russell Simmons’ “Def Jam Comedy,” many standup specials and starred in hit comedy series “Malcolm and Eddie” he even wrote and produced four episodes, one of which featured his mentor, Richard Pryor.

D.L. Hughley was a member of The Original Kings of Comedy, a correspondent for The Jay Leno Show, host of D.L. Hughley Breaks The News on CNN and the original host of BET’s ComicView.

George Lopez is a multi-talented entertainer whose career encompasses television, film, standup comedy and late-night television.  For two seasons, Lopez hosted Lopez Tonight, a late-night television talk show on TBS, Television’s groundbreaking hit sitcom George Lopez, which ran for six seasons. Lopez has risen to become one of the premier comedic talents in the entertainment industry and known for his extensive charity work with various foundations.

Charlie Murphy spent the past two decades solidifying his position in Hollywood as a true acting, writing and producing talent. He’s appeared in feature films such as Lottery Ticket with Bow Wow, Ice Cube and Mike Epps, Our Family Wedding and The Perfect Holiday. Charlie wrote Norbit, which opened #1 at the box office, with his brother Eddie Murphy. Charlie was a cast member on “Chappelle’s Show” and stars as ‘Vic’ in Adult Swim’s new show “Black Jesus”.