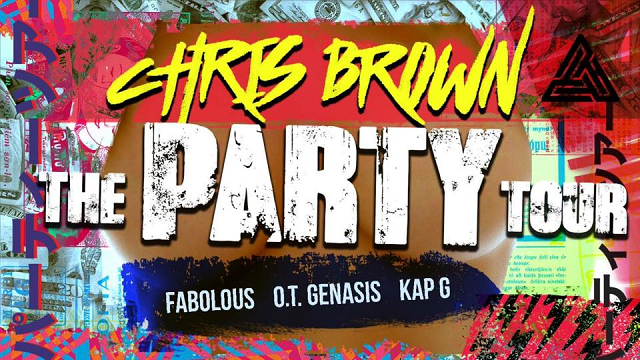 Chris Brown’s The Party Tour is rescheduled for Monday, May 1, 2017 to accommodate Round Two/Game 3 between the Nashville Predators and the St. Louis Blues in the Stanley Cup Playoffs.

Celebrating some of the biggest names in music today, Grammy Award-winning and multi-platinum-selling, singer-songwriter, Chris Brown, brings the Party to Nashville with The Party Tour, announced today. Produced by Live Nation, The Party Tour features Fabolous, O.T. Genasis, and Kap G for 33-nights of soul-baring performances, and an all-star set for a 2+ hour powerhouse show May 1, 2017. Chris kicks off the party as his friends join him throughout the night – the party begins when the show begins! Fans are urged to get there on time each night to be part of this historical movement!

Tickets are on sale now at Ticketmaster.com, Bridgestone Arena Box Office, or by calling 800.745.3000.