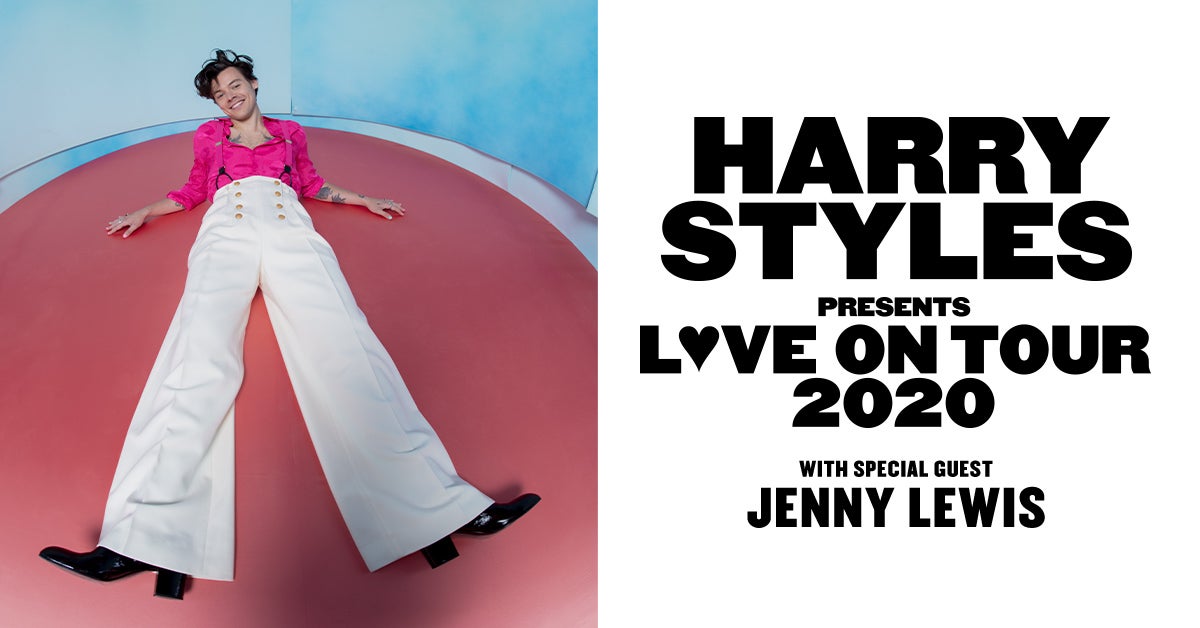 Harry Styles has announced a 2020 world tour, ‘Love On Tour,’ in support of his upcoming album Fine Line. The extensive run of shows will begin in April in the UK and will travel across Europe and North America before concluding in Mexico in October. Check out the tour trailer HERE. Full list of dates are below. South American dates will be announced soon while Asia, Australia and more to be announced in 2020. The tour will stop at Bridgestone Arena on July 28, 2020.

For the US & Canada dates and select European dates, American Express® Card Members can purchase tickets in select markets before the general public beginning Monday, November 18 at 10am local time through Thursday, November 21 at 10pm local time and beginning at 11am local time for the New York City market.

“We are thrilled to partner with Harry to bring a new American Express Experience to our Card Members, including first access to his global tour and an unrepeatable night at his one-night-only show at the Forum,” said Brandy Sanders, Vice President, Global Entertainment Partnerships & Experiences, American Express. “We know how passionate our Card Members are about music, so it’s exciting to continue to give them unparalleled access to the artists they know and love.”

To ensure fans get tickets in their hands directly, presale registration for the US & Canada tour dates is available now here through Ticketmaster’s Verified Fan program.

Also for the U.S. and Canadian shows, each ticket purchased online comes with a CD copy of Fine Line.

For the UK and Ireland tour dates only, fans who pre-order Fine Line in any format in the official Harry Styles UK online store by 5pm GMT on November 17 will get priority access to ‘Love On Tour’ tickets.

Tickets will go on sale to the general public for all dates on Friday, November 22. One dollar per ticket will be allocated to various local charities. Two new t-shirts in celebration of the tour are now available in Harry’s official store.

This Saturday, November 16, Harry is pulling double duty on NBC’s Saturday Night Live. He will host for the first time and perform new music from the album, including the television performance debut of “Lights Up.” A week later, November 21 and 22, Styles will make his UK debut with back-to-back performances on UK talk show Jools Holland.

The highly-anticipated new album Fine Line will arrive December 13, 2019. Fine Line is available for pre-order now on CD, vinyl and via a special edition album that includes a 32-page book with exclusive behind the scenes photos from the recording process. The 12-track album features the new single “Lights Up,” which has accumulated over 100 Million video views and streams worldwide to date.