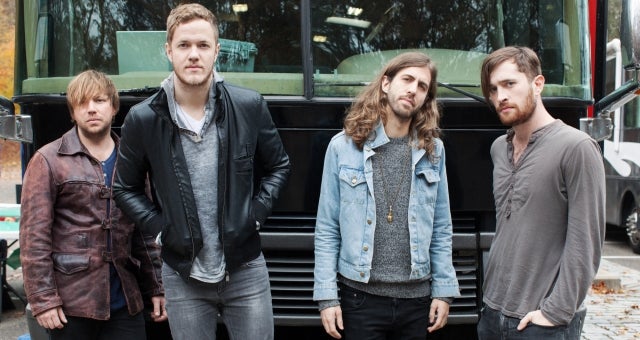 Into The Night Tour

Into The Night Tour

One of music's breakout artists of 2013, Imagine Dragons have become touring sensations as they played to sold-out shows throughout their latest Night Visions tour.  The INTO THE NIGHT TOUR will take the band to over 20 cities across North America including Los Angeles, Toronto, Vancouver, Chicago and Minneapolis and will be the band's last round of U.S. and Canadian shows supporting the Night Visions album before a string of international dates and festivals through the Spring of 2014.   Alternative rockers The Naked And Famous will join the INTO THE NIGHT TOUR as special guests.

"It's been just over a year since we released our debut album Night Visions, and the show of support for the music on and off the road has been unbelievable and humbling," says lead singer Dan Reynolds.  "This is our last North American tour before returning to the studio, so we plan to make it a very special experience for those who come out to share it with us."

Rolling Stone proclaimed Imagine Dragons “the biggest breakout of the year” and Entertainment Weekly called 2013 the “Year of the Dragons” while Billboard noted, “Imagine Dragons are rock’s 2013 live breakout.” The band also just released via iTunes their new film, The Making Of Night Visions, a live documentary that chronicles the recording of the platinum-certified album.

Please note if you plan to purchase from the Bridgestone Arena Box Office: We will conduct a lottery for the Imagine Dragons show at 9:40AM on Friday October 18th. The winning lottery number will be first in line, and the following numbers will line up behind that person. Anyone arriving after 9:40AM will join the line at the end. Tickets start at $29.50, and please have your photo ID out if paying by credit card. There is no ticket limit.