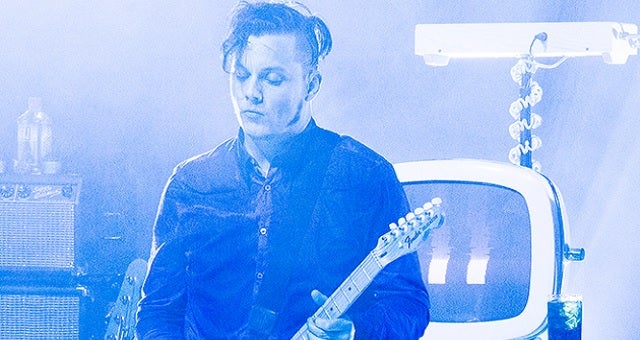 The first 2015 dates of the ongoing campaign will be a historic January 30 Madison Square Garden headline engagement in New York City, preceded by a January 28 appearance at Bridgestone Arena in Jack’s Third Man Records home base of Nashville. A limited number of pre-sale tickets will be available to subscribers of Third Man Records’ Vault on Tuesday, October 7 at 10am local time with a general on sale beginning on Friday, October 10 at 12pm local time. Visit http://jackwhiteiii.com/tour-dates/ for additional information.

Jack will also be featured on the October 9 episode of The Ellen DeGeneres Show where he will perform a song from the critically-acclaimed Lazaretto (Third Man Records/Columbia). Check your local television listings for specific air times.
Last week, MusiCares announced Jack will be joining a host of talented musicians – including his friends Neil Young, Beck and Norah Jones – to celebrate the genius of Bob Dylan during their 25th annual MusiCares benefit gala in Los Angeles. The gala is scheduled to take place during GRAMMY weekend on February 6.

Jack recently debuted his new music video for “Would You Fight For My Love?,” the latest single from Lazaretto. The video was conceived, produced and shot within a 24 hour period. Watch it now on VEVO.