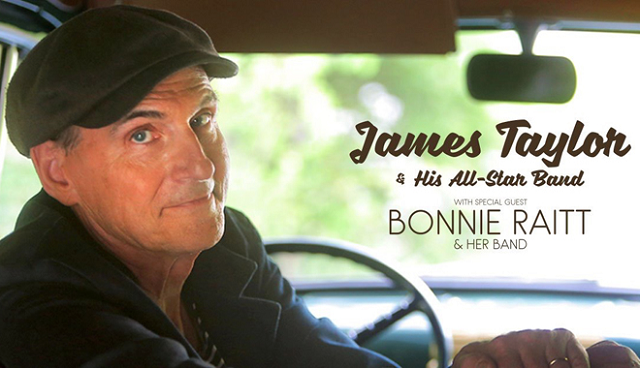 James Taylor and his All-Star Band

James Taylor and his All-Star Band

Legendary singer/songwriter James Taylor and his All-Star Band with special guest Rock and Roll Hall of Famer Bonnie Raitt and her band are coming to BRIDGESTONE ARENA on JULY 12  for one intimate and memorable night!  Tickets are on sale now at Ticketmaster.com, the Bridgestone Arena Box Office or by calling 800.745.3000.

More than just a best-selling artist, respected guitarist, expressive singer, and accomplished songwriter, Bonnie Raitt has become an institution in American music.   The ten-time Grammy winner was inducted into the Rock and Roll Hall of Fame in 2000 and the Grammy Hall of Fame in 2015.