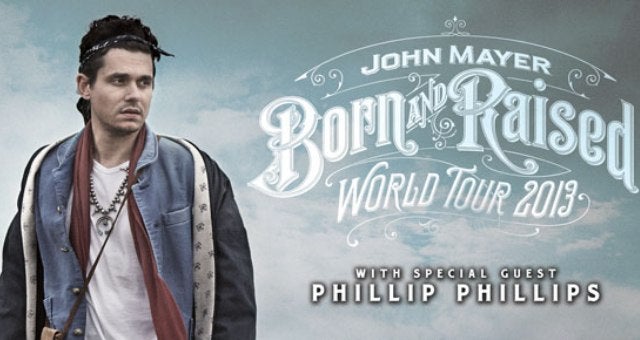 Seven-time Grammy Award-winning singer, songwriter and musician John Mayer has announced additional dates for his current U.S. tour after a successful summer run. This is the singer’s first tour following a three-year hiatus.

Mayer’s new album Paradise Valley debuted at #1 in 4 countries, and in the Top 10 in another 8 countries. The new album also marks his highest career chart entry in Switzerland, Ireland, Austria, Italy, and Belgium. His previous albums—Room for Squares, Heavier Things, Continuum, live album Where the Light Is, Battle Studies and Born and Raised—have sold more than 20 million copies worldwide combined.

Mayer is using the U.S. tour to both raise funds for and heighten awareness of the effects of post- traumatic stress on our military veterans. One dollar from each tour ticket sold in the United States will go to the Northern California Institute for Research and Education. Mayer partnered with NCIRE two years ago to create programs that help veterans return to healthy and productive civilian lives.

He has been honored with seven Grammy Awards and an additional 11 nominations. Mayer has also been included in Time Magazine’s annual Time 100 list of the most influential contemporary thinkers, leaders, artists and entertainers, and twice been featured on the cover of Rolling Stone Magazine’s annual “Guitar” issue. Last year, he was honored in Washington, D.C. by the Recording Academy for his philanthropic work on behalf of both U.S. military veterans and young people interested in music.