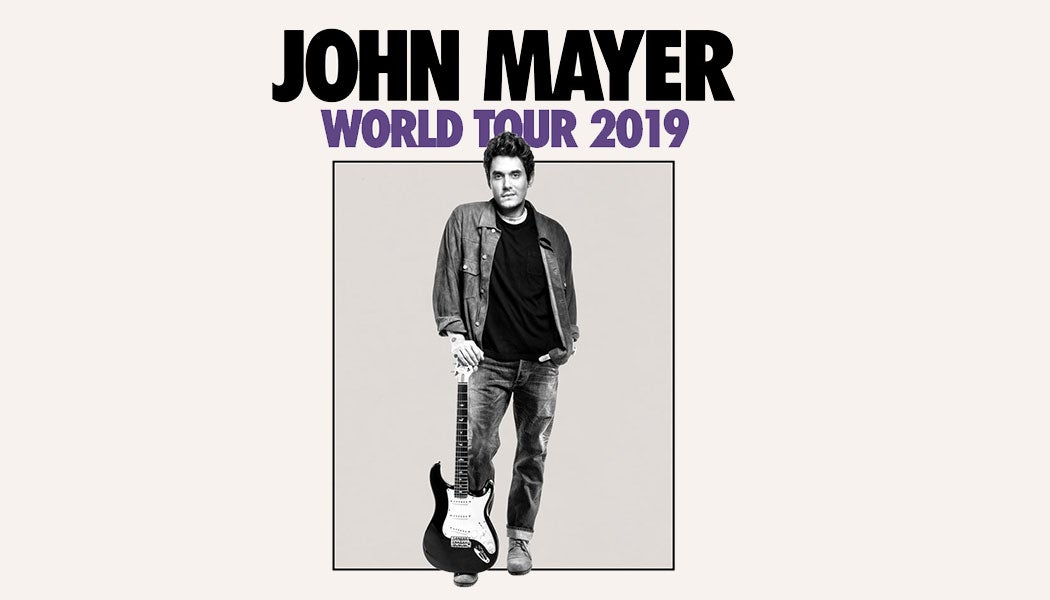 John Mayer is bringing his Summer Tour 2019 to Bridgestone Arena on Thursday, August 8, 2019.

Singer/songwriter John Mayer has won seven GRAMMY® awards and has earned a record seven U.S. #1s on Billboard’s Top Rock Albums chart and 25 entries on the Hot Rock Songs chart, the most for any solo artist. In 2018, he released the Gold-certified “New Light,” while working on his eighth solo album, the follow-up to 2017’s critically acclaimed The Search for Everything. For the third consecutive year, Mayer toured with Dead & Company in 2018, who played to over 500,000 people on its third and largest tour. Additionally, he launched ‘Current Mood,’ his highly regarded Instagram Live show on Sundays, which some have dubbed, “the best way to start the week on a high note, maybe even the only way.”