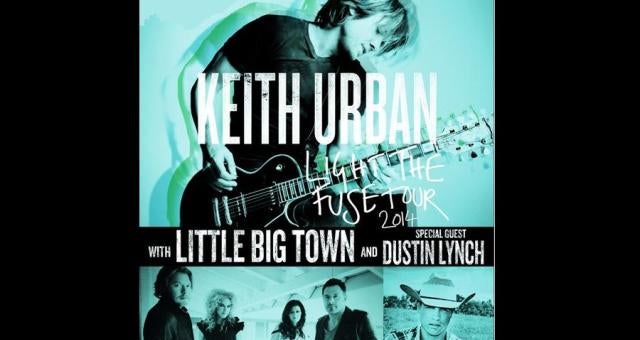 One of the industry’s most electrifying live performers, four-time Grammy Award winner and American Idol judge Keith Urban, has added a third and final leg to his already critically hailed “Light The Fuse Tour 2013”.

The concerts will feature new music, including his latest Top 5 hit “Little Bit Of Everything”, from his forthcoming September 10th album release FUSE as well as new songs, some of which Urban has never performed while on tour. The all-new production boasts a size and scope, which has become synonymous with Urban’s electrifying concert experiences.