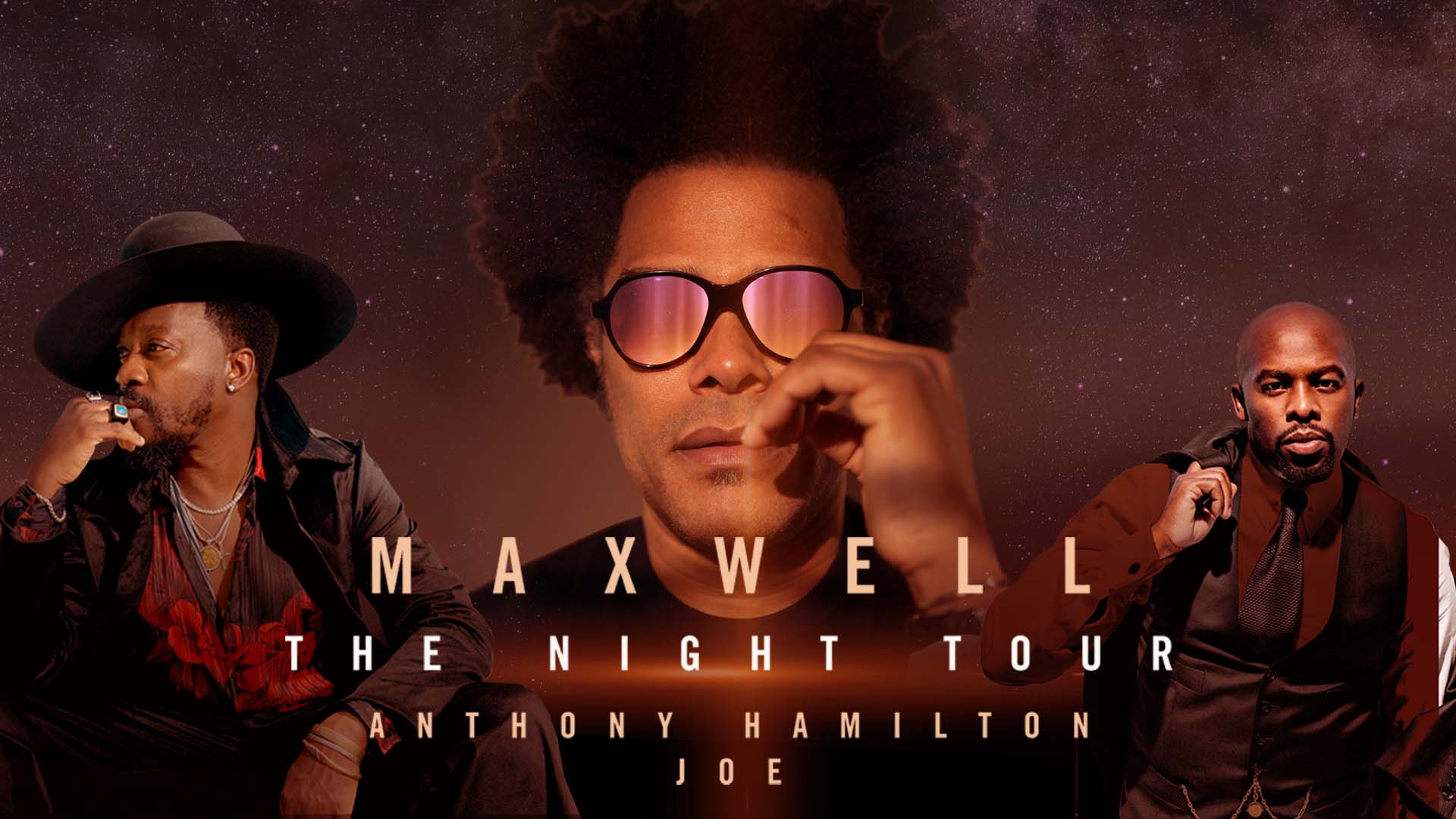 Maxwellhas artfully managed to transfix music lovers for more than two decades, releasing five studioalbums, all in his own time and all duly anointed as classics. The soul singer redefined soul music in Aprilof 1996 when he released his critically acclaimed debut on Columbia, 'Maxwell's Urban Hang Suite.' Itearned Grammy nominations, double platinumstatus and RIAA gold for the single, "Ascension (Don't EverWonder)." The platinum albums 'Embrya' (1998) and 'Now' (2001) followed. After eight years, 2009's'BLACKsummers'night' debuted at No. 1 on the Billboard 200 and won two Grammys, including Best R&BAlbum. To date, Maxwell has achieved 4 platinum album certifications from the RIAA. His last album‘blackSUMMERS’night,’ the second installment of his musical trilogy, earned Maxwell his third-Grammy(Best R&B Song for “Lake By The Ocean”) an NAACP Image Award (Outstanding Male Artist), and a SoulTrain Award (Best R&B/Soul Male Artist).

Effective Nov. 13, 2021, guests will no longer be required to show proof of COVID-19 vaccination or a negative COVID-19 test to attend Nashville Predators games. The change in protocol will also apply to events held at the venue unless a specific tour or event has its own protocols that differ from the protocols announced Nov. 3, 2021. This change comes after significant improvements in Nashville / Davidson County in the metrics that are used by the Centers for Disease Control and Prevention to measure transmission rates.