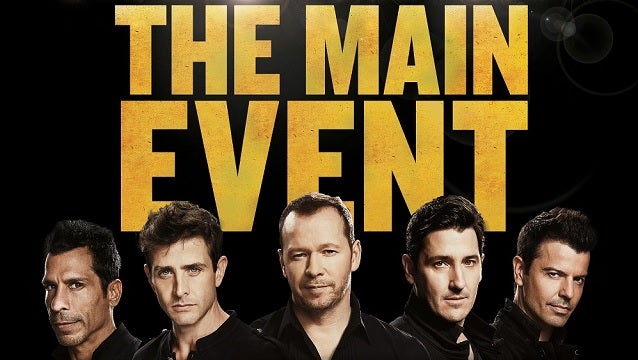 New Kids On The Block

New Kids On The Block

May 27, 2015
New Kids On The Block
with very special guests TLC and Nelly
Buy Tickets
Share

New Kids On The Block are stepping into the ring for 2015! The pop phenoms stopped by Good Morning America to announce THE MAIN EVENT, a summer headlining tour featuring very special guests, Grammy Award-winning and multi-platinum selling artists TLC and Nelly.

NEW KIDS ON THE BLOCK sold more than 80 million albums worldwide -- including back-to-back international #1 songs, 1988’s Hangin’ Tough and 1990’s Step By Step -- and a series of crossover smash R&B, pop hits like “You Got It (The Right Stuff),” “Cover Girl,” “Didn’t I (Blow Your Mind This Time),” “Hangin’ Tough,” “I’ll Be Loving You,” “Step By Step” and “Tonight.” The group shattered concert box office records playing an estimated 200 concerts a year, in sold out stadiums throughout the world.  They still hold many of these records to date. They were Forbes highest paid entertainers of 1990, beating out Michael Jackson and Madonna. The band boasted an extensive and highly profitable merchandise line which included everything from lunch boxes and sleeping bags to comic books, marbles and dolls.  More Information is available at www.nkotb.com.