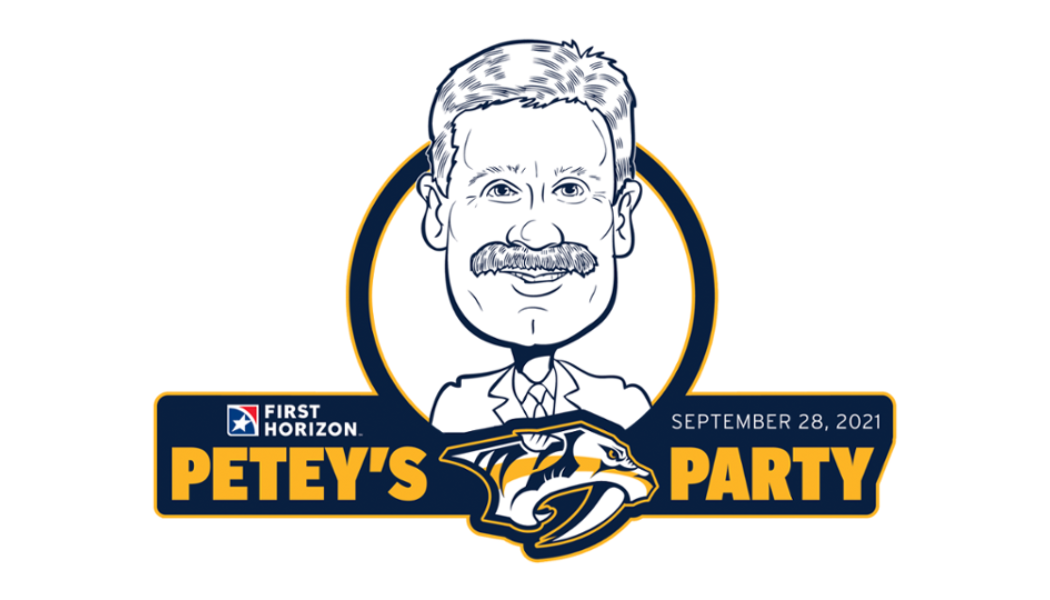 First Horizon Petey's Preds Party accompanies the Brent Peterson Golf Classic and is an event that features a stand-up comedian, rare hockey items up for auction and delicious food.

The tenth annual Petey's Preds Party will be held Tuesday, September 28, 2021, and include a performance by stand-up comedian Aaron Weber.

This event benefits the Preds Foundation and the Peterson Foundation for Parkinson's.

Aaron Weber is a standup comedian based in Nashville, TN. Born and raised in Montgomery, Alabama, Weber is a regular performer at the world famous Grand Ole Opry. He made his debut in 2019 at the age of twenty-eight, making him the youngest standup comedian ever to step into the Opry circle. Later that year, he made his television debut on the Opry's Circle Network, hosting two episodes of Stand Up Nashville.

You can currently hear Aaron on The Nateland Podcast with Nate Bargatze and Brian Bates, on which the three Nashville-based comedians tackle important world issues like animals, calendars, and Rhode Island. Weber headlines comedy clubs across the country, and has featured on the road for comedians such as Nate Bargatze and Bert Kreischer. He graduated from Notre Dame in 2014 and still owes them thousands of dollars - he promises to pay them back when they win a National Championship.