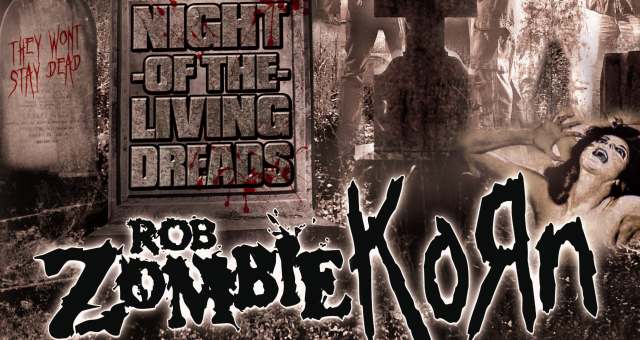 with special guest Scar the Martyr

with special guest Scar the Martyr

A rock icon and auteur filmmaker of unlimited vision, Rob Zombie has continuously challenged audiences as he stretches the boundaries of music, film, and publishing. In April, the seven-time GRAMMY® nominee released his fifth solo album, VENOMOUS RAT REGENERATION VENDOR, on his new Zodiac Swan label through T-Boy Records/UMe. The album debuted at No. 7 on the Billboard 200, and has spawned two Top 10 Active Rock singles, “Dead City Radio and the New Gods of Super Town” and Zombie’s current Top 10 spin on Grand Funk Railroad’s anthemic “We’re An American Band.”

*Please note if you plan on purchasing from the Bridgestone Arena Box Office - We will conduct a lottery for the Korn & Rob Zombie show at 9:30AM on Friday September 27th. The winning lottery number will be first in line, and the following numbers will line up behind that person. Anyone arriving after 9:30AM will join the line at the end. Tickets start at $49.50, and please have your photo ID out if paying by credit card. There is an 8 ticket limit.