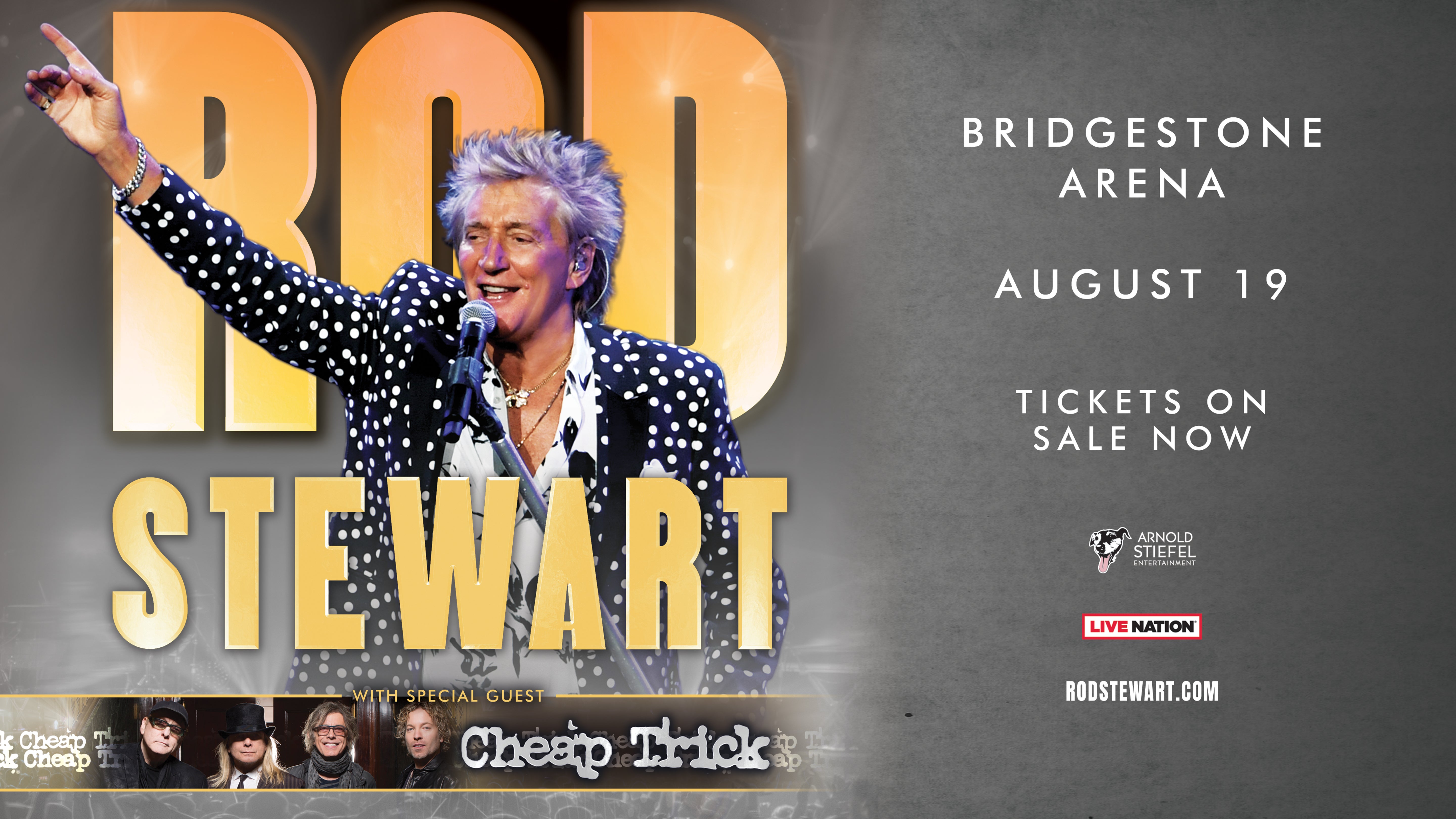 Rod Stewart has been rescheduled to August 24, 2021. All tickets will be honored for the new date. If you are unable to attend, you may request a refund. Ticket holders will be emailed directly with details. Visit livenation.com/refund for more information.

Rod Stewart, the legendary two-time Rock & Roll Hall of Fame inducted singer/songwriter today announced details for his highly anticipated 2020 summer tour with special guests Cheap Trick. Produced by Live Nation, the 21-city summer amphitheater tour promises an unprecedented night of iconic hits songs from some of the most scenic venues across North America, kicking off July 21st in Cleveland, OH and wrapping in Chicago, IL on September 5th. The tour will stop at Bridgestone Arena on August 19, 2020.

This Friday, January 10th, Rod Stewart will celebrate his 75th birthday on the 10,000th episode of Entertainment Tonight. Fans can tune-in to ET to celebrate with him and hear him talk exclusively about his upcoming tour.  Check local listings HERE.

Sir Rod’s 2020 summer tour announcement follows on the heels of his triumphant and record-breaking 50th year as a solo artist (2019).  A year which closed with the release of his international chart-topping album, ‘You’re In My Heart: Rod Stewart With The Royal Philharmonic Orchestra.’ The album scored Stewart his 10th No. 1 album in the UK (where it remained for the last three weeks of 2019).  The album was also a No. 1 chart-topper in Ireland, Scotland and on the US Billboard Classical Albums Chart & Billboard Classical Crossover Albums charts. 2019 was also a massive touring year for Stewart, who embarked on his biggest UK tour ever—selling-out football stadiums across England and Scotland, a string of residency concerts at Caesars Palace in Las Vegas, a landmark reunion set with his former bandmate Jeff Beck at The Hollywood Bowl, and closing out the year with a sold-out three-night residency at London’s O2 Arena in December.