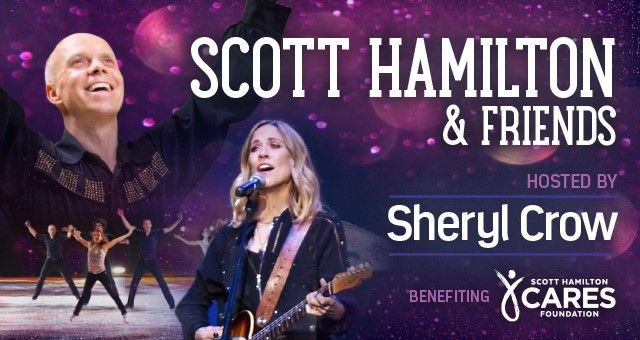 Tickets are on-sale now for reserved seating starting at $35 plus applicable service charges and preferred seating of $50 and $75 are available at Bridgestone Arena Box Office, Ticketmaster outlets and ticketmaster.com. Tickets and sponsorship packages that include an After Show Celebration at the Omni Hotel - featuring dinner, live music and a silent auction - can be purchased at http://bit.ly/2s3hGj4.

Proceeds from the concert benefit Scott Hamilton CARES Foundation, dedicated to changing the future of cancer by funding advanced, innovative research that treats the cancer while sparing the patient. For more information, visit ScottCARES.org.

The night will also include a return of the fan-favorite special performance by local skaters, who raise funds for the opportunity to perform in the show through the CARES Foundation’s Sk8 to Elimin8 Cancer peer-to-peer fundraising program.

CARES is an acronym for Cancer Alliance for Research, Education and Survivorship.  The Foundation seeks to be a neutral convener between organizations, researchers, academic scientists, drug developers and others to advance new treatments. It relies on the expertise of leading institutions, clinicians, scientists and industry experts to inform and provide direction on leading innovative research projects, screening, education and survivor programs.