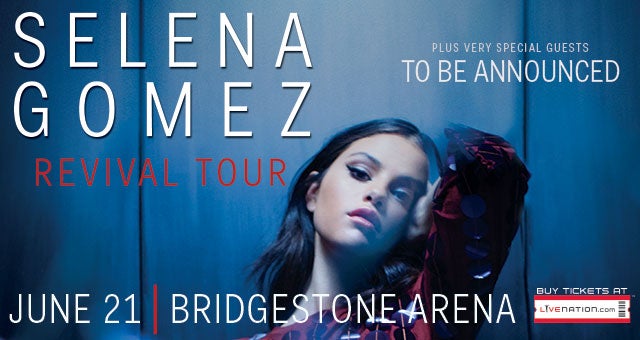 Multi-platinum singer and actress Selena Gomez announced today she will embark on her worldwide “Revival Tour” in 2016.

“The Revival Tour” will follow the October 9th release of Selena’s new album “Revival” via Interscope Records.   The lead single “Good For You” recently topped the Top 40 Radio Charts for three consecutive weeks.  Gomez, who has sold over 22 million singles worldwide, embarks on her first tour since the sold out 2013 “Stars Dance Tour.”