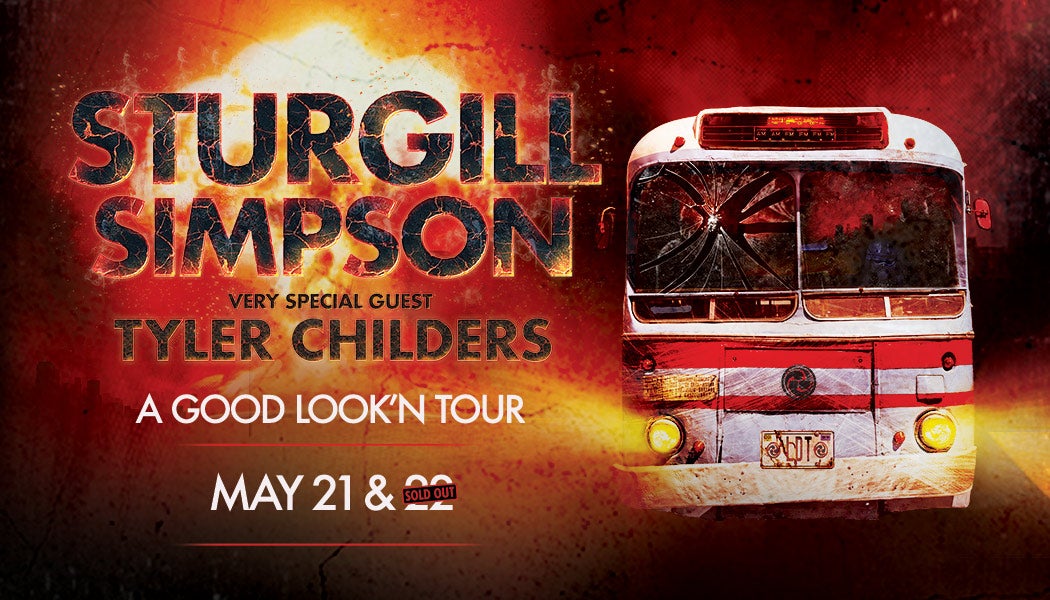 Following the release of his new album, Sound & Fury, GRAMMY award-winning singer-songwriter Sturgill Simpson has announced North American dates for his 2020 Sturgill Simpson: A Good Look’n Tour. Those fans paying attention this weekend at Nashville’s Turnip Truck got a sneak peek of the tour announcement. The 35+ date tour, presented by AEG Presents, will kick off February 21, 2020 in Birmingham, AL and travel to cities such as New York, Chicago, San Francisco, and Boston before concluding May 24, 2020 in Louisville, KY. Acclaimed country breakout star and very special guest, Tyler Childers, will join Simpson on the tour for a once-in-a-lifetime live show experience. Simpson produced both albums from Childers, including his August-released Country Squire, which debuted at No. 1 on Billboard’s Top Country Albums chart. He will be bringing the tour to Bridgestone Arena on Thursday, May 21, 2020 and Friday, May 22, 2020. Tickets on sale Friday, 11/8 at 10AM.

In an effort to fight against scalpers and ensure tickets get into the hands of fans, the tour has partnered with Ticketmaster’s Verified Fan platform. Fans can gain first access to tickets by registering for the Verified Fan presale now through Sunday, November 3 at 10pm local at https://verifiedfan.ticketmaster.com/sturgillsimpson. Registered fans who receive a code will have access to purchase tickets before the general public beginning Tuesday, November 5 at 10am local time.

American Express® Card Members can purchase tickets for select markets before the general public beginning Wednesday, November 6 at 12pm local through Thursday, November 7 at 10pm local. Tickets go on sale to the general public starting Friday, November 8 at 10am local. Sturgill Simpson has also partnered with CID Entertainment to offer travel packages. All net proceeds from these travel packages will benefit the Special Forces Foundation. More information on these exclusive offers can be found HERE. A complete list of tour dates can be found below.

Simpson’s live performances and album have been met with fan and critical praise alike:

“Sound and Fury begins much in the same way as Simpson’s recent live set: with AN EXPLORATORY PSYCH-BLUES JAM …As a guitarist, Simpson is uninterested in conventional guitar god shredding; his playing is CURIOUS, FLUID AND FULL OF WONDER.” – Rolling Stone

“…he can glide between synth-rock, glam, dancefloor-fillers; songwriting is king in his world. It doesn’t matter if he’s playing a dreamy campfire song or a two-minute instrumental stomper. Simpson is the one dictating his sound…” – Pitchfork

“Anyone who says guitar music is dead hasn’t listened to the new Sturgill Simpson record.”

“The Sound & Fury closer is the BEST THING SIMPSON HAS EVER DONE ...It’s hard to imagine any other rock ’n’ roll show achieving anything like the same visceral power.”

“POWERHOUSE PERFORMANCE ... Simpson was here, in a cozy punk club, seeking a real connection, making a real change in the world.” – The Washington Post