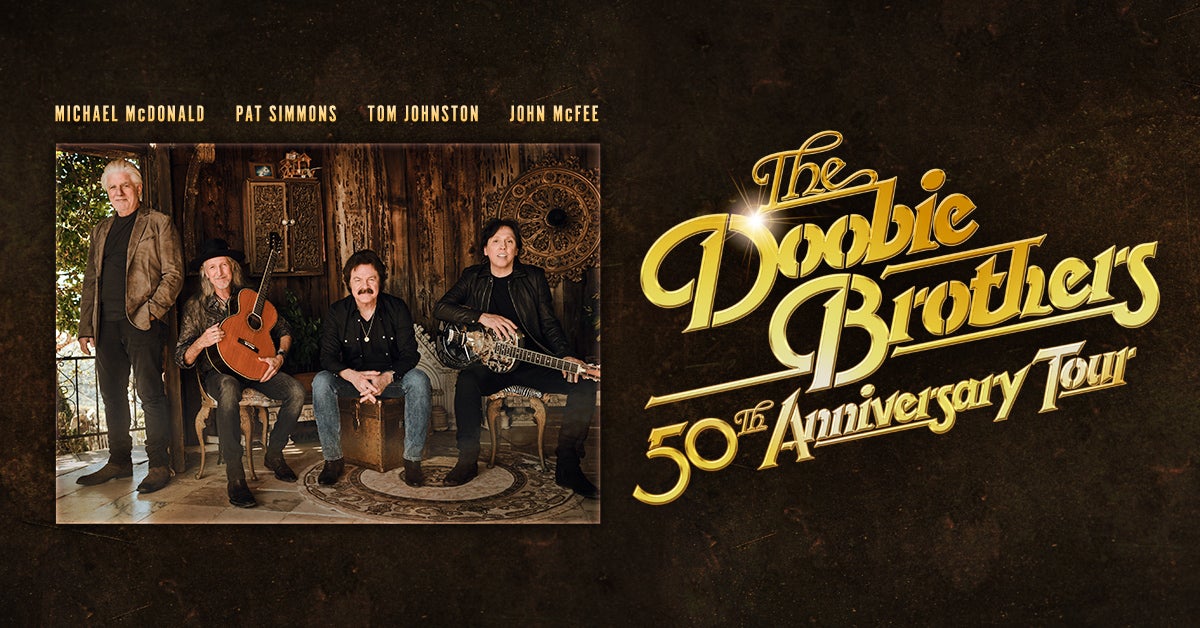 The Doobie Brothers at Bridgestone Arena has been rescheduled to October 25, 2021. Your ticket will be honored for the new date or if you can’t make it, you’ll be able to request a refund. Ticket holders will be emailed directly with details. Visit livenation.com/refund for more information.

Four-time GRAMMY Award winners and Rock & Roll Hall of Fame nominees The Doobie Brothers today announced a 30-city North American tour to celebrate the 50th anniversary of the band’s founding. TOM JOHNSTON, MICHAEL MCDONALD, PAT SIMMONS and JOHN MCFEE will be back on tour together for the first time in nearly 25 years.

The Doobie Brothers represent the best of a diverse range of American musical styles, incorporating elements of Rock n’ Roll, Blues, Soul, Folk, Country, Bluegrass, and R&B. Their sound has influenced artists across all genres of music and their impact on the industry can be seen across generations, from their start in 1970 through to today.

Fans who attend THE DOOBIE BROTHERS 50TH ANNIVERSARY TOUR can expect to hear wide range of the band’s hit songs, including “Listen To The Music,” “Takin’ It To The Streets,” “Long Train Running,” “Black Water,” “What A Fool Believes,” “China Grove,” “Minute By Minute,” “It Keeps You Runnin’,” “Jesus Is Just Alright With Me” and many more.

“With the Doobies, everybody in the band was proud to be a Doobie Brother. And to this day, I think of myself as a Doobie Brother — all these years later.” – MICHAEL MCDONALD on NPR’s Ask Me Another (October 25, 2019)

Enjoy a pre-show dinner of Southern fusion cuisine at the Patron Platinum Club, located on 5th Avenue near Broadway with a private entrance in Bridgestone Arena.