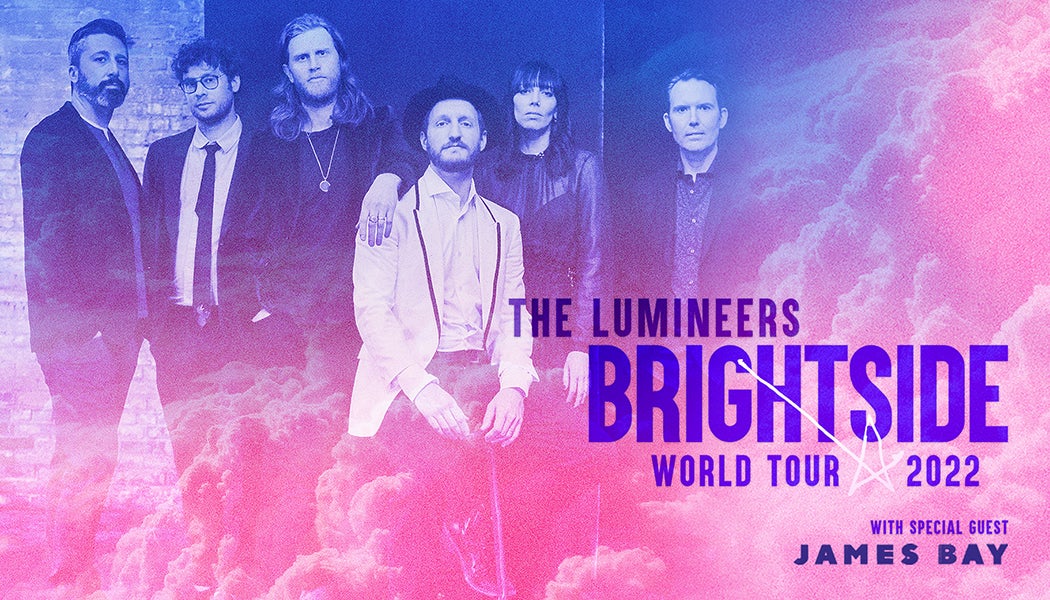 The BRIGHTSIDE World Tour celebrates the recent arrival of the Lumineers’ eagerly anticipated new album, BRIGHTSIDE, available now via Dualtone in the U.S. & Canada and Decca Records for the rest of the world. The 2x GRAMMY® Award-nominated band’s fourth studio album, BRIGHTSIDE includes such  new favorites as “A.M. RADIO,” “BIG SHOT,” “WHERE WE ARE,”and the chart-topping first single and title track, “BRIGHTSIDE,” all joined by official music videos streaming now at YouTube. “BRIGHTSIDE” recently made history by ascending to #1 on Billboard’s “Alternative National Airplay” and “Adult Alternative Airplay” charts – the band’s sixth time atop the latter ranking in less than 10 years. The Lumineers now boast the most #1 singles among all acts on that chart in the span since achieving their first AAA chart-topper in 2012.

Enjoy a pre-show dinner of Southern fusion cuisine at the Patron Platinum Club, located on 5th Avenue near Broadway with a private entrance in Bridgestone Arena.