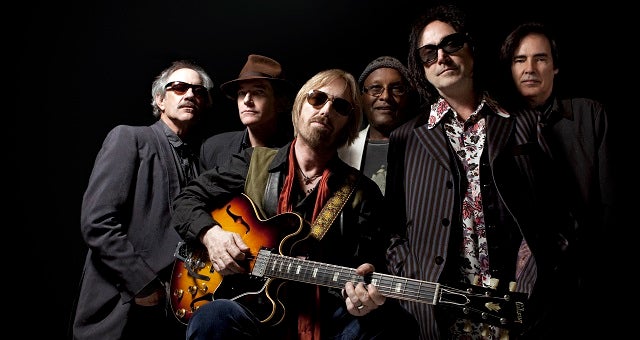 TOM PETTY AND THE HEARTBREAKERS

TOM PETTY AND THE HEARTBREAKERS

TOM PETTY AND THE HEARTBREAKERS released their debut album in 1976 and have since sold over 60 million records. They were inducted into the Rock and Roll Hall of Fame in 2002, their first year of eligibility, and in recent years have continued to build on their already legendary success. Their concerts are celebrated by fans and critics alike and their music has influenced numerous young bands and writers around the world.  Between the Heartbreakers’ recordings, his solo work and his membership in The Traveling Wilburys along with George Harrison, Bob Dylan, Roy Orbison and Jeff Lynne, Tom Petty has received 18 Grammy nominations and been honored with lifetime achievement awards including Billboard’s Century Award, ASCAP’s Founders Award, MTV’s Video Vanguard Award. Tom Petty’s SiriusXM radio show, Tom Petty’s Buried Treasure, now in its eighth season, is one of the most beloved and popular shows on satellite radio. It features Tom Petty spinning favorite tunes from his extensive private music collection. Tom Petty, with the Heartbreakers at his side, has become a rock and roll icon lauded by fellow musicians and music lovers worldwide.

Beginning with The Spencer Davis Group at age 15, extending through Traffic and Blind Faith to a landmark Grammy-award winning solo career, STEVE WINWOOD has remained a primary figure in rock 'n' roll for more than five decades.  He is a respected innovator who has helped to create some of the genre's most celebrated achievements.  As a multi instrumentalist with unmistakable vocals, he continues to deliver inspirational performances of his diverse catalog.