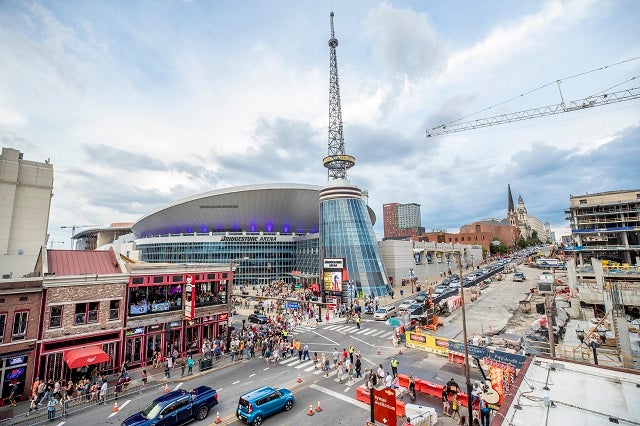 Bridgestone Arena Ranked Fourth In US By Pollstar Magazine

“We are incredibly proud to have an incomparable team inside Bridgestone Arena who catapult us into the Top 10 ranking each year,” Senior Vice President of Marketing and Entertainment David Kells said. “Being recognized as one of the busiest venues in the world is a direct result of our organization’s tireless determination to achieve our ONE GOAL, which could not be done without the dedication of our passionate fans, to make Smashville such a special place to be for artists, managers, agents, promoters and everyone in the entertainment community who has brought their tour to our venue.”

Bridgestone Arena underwent close to $12 million in renovations this summer, which included an overhaul of the in-arena audio-visual systems, new LED ribbon boards and hockey boards, as well as concession enhancements and additions along the concourse. Serving as the home for numerous national and international events, Bridgestone Arena has the distinction of being one of the busiest venues in the United States over the past decade and a half.