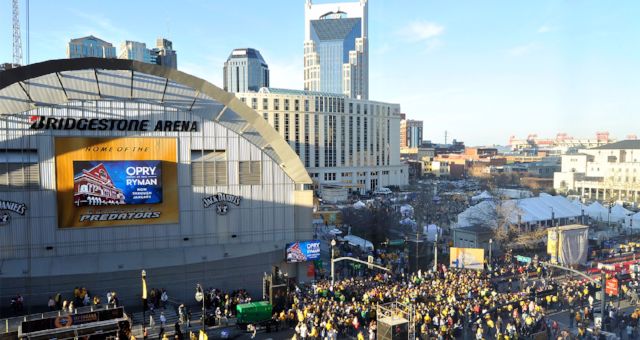 “This ranking is a wonderful reflection of the support we get from all the fans who attend world-class events here at Bridgestone Arena,” Senior Vice President of Booking David Kells said.

“We are pleased with the strides we continue to make and thank everyone who supports the quality entertainment at Bridgestone Arena and those who work hard to create an amazing environment for fans. We also thank the artists, managers, agents, promoters and everyone in the entertainment community who has brought their tour to our venue.”

Bridgestone Arena underwent close to $10 million in renovations this summer, which included the completion of entirely new arena seating, environmentally-conscious restroom enhancements and over a dozen new food and beverage stands.

Serving as the home for numerous national and international events, Bridgestone Arena has the distinction of being one of the busiest venues in the United States over the past decade and a half. In addition to being named nominated for Pollstar’s 2015 Arena of the Year, Bridgestone Arena received the Prime Site Award for 2016. Kells also recently received recognition as the 2016 IEBA (International Entertainment Buyers Association) Venue Executive of the Year in October.